SAQA have an exhibition coming up in 2017 titled ‘Layered Voices’. The following is my contribution. Unfortunately it was was not chosen, but I learnt a lot from making it and that is the name of the game. I feel sorry for the judges who had to choose 30 out of 500+.

The piece is called ‘ If these walls could speak‘. The people in this piece are all from my family, four generations, beginning from Albert Smith who was a soldier in the First World War(I am the baby). Fragments of people and times are revealed as each layer of wallpaper is peeled back. 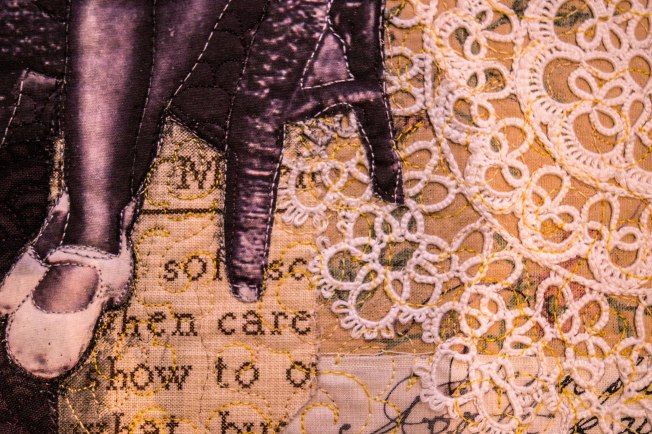 ‘If these Walls could speak’ detail 1, Linden Lancaster 2016

The walls of a home stand in silence as life is lived within:

I heard it night after night.

I never heard that voice again.

The baby grew up tall. The radio played constantly while he worked.

He married the red haired girl from across the road. She was a talker!

“For they are jolly good fellows”

Soon there were many children racing through the house with their dirty fingers.

“Let’s put up the Christmas lights”

The girls daubed with shades of lipstick whilst arguing over what belonged to whom.

“Is that my petticoat you have on?”

A cheeky young man with motorcycle leathers takes one of the girls away.

“One for the money, two for the show” 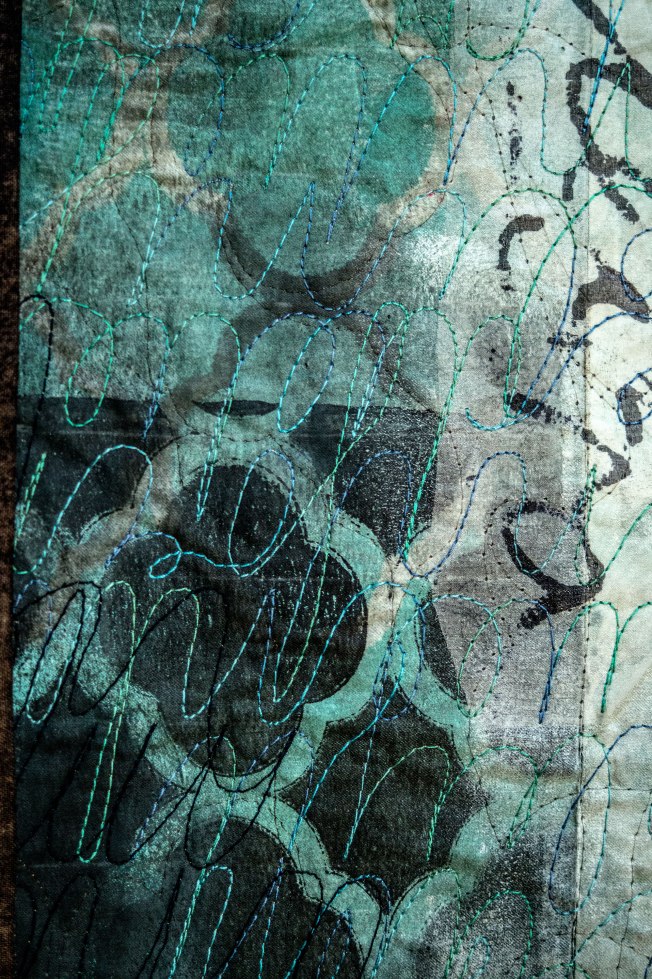 ‘If these walls could speak’ detail 2, Linden Lancaster 2016

The background was made with a gelatin plate and stencil. The collage elements are photos printed onto cotton, silk and organza and some lace. The quilting is a continuous flow of ‘writing’, which could be conversations, personal letters or literature. It was difficult to combine all the pictorial elements and fabrics in a visually pleasing way. 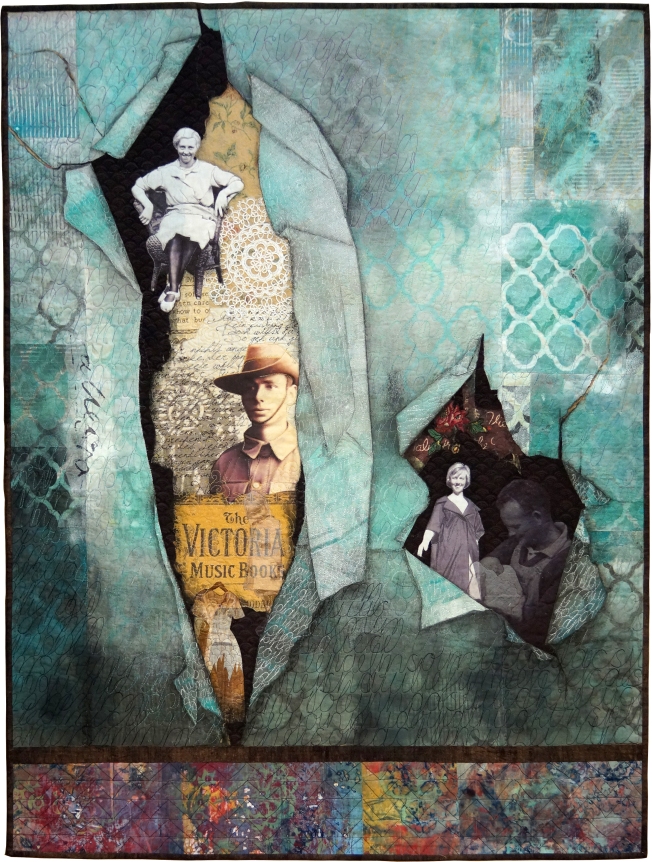 ‘If these Wall could Speak’ Linden Lancaster 2016